“My friend’s sister always asked me to tickle her, and I would. Then one day I was tickling her and she climaxed and kissed me. It freaked me out because I wasn’t tickling near her private parts. I thought that maybe it was a one-time thing, so I tickled her two more times on different occasions, and she climaxed both times” (posting on the ‘Is It Normal?’ website)

There are hundreds of sexual paraphilias of which little is known. One of the most obscure paraphilias but which is definitely known to exist is knismolagnia (also referred to as knismolagnia). According to Dr. Anil Aggrawal in his 2009 book Forensic and Medico-legal Aspects of Sexual Crimes and Unusual Sexual Practices, knismophilia is a paraphilia in which individuals derive sexual pleasure and arousal from tickling or being tickled (and is also known as titillagnia). The ‘Right Diagnosis’ website claims the symptoms of knismophilia are (i) sexual arousal gained from being tickled, (ii) sexual interest in tickling, (iii) recurring intense sexual urges involving tickling, and (iv) sexual arousal associated with tickling. A knismolagnia article on another online site (Gay Fetish Goth) claims that different individuals may find tickling of virtually any region of the body to be pleasurable, and that knismolagnia can also involve sexual arousal from simply watching others being tickled. The same article also noted (but without any supporting evidence) that:

“However, people who claim to have a tickling fetish are likely to enjoy this activity to the exclusion of other pre-sex activities. For some, the focus is entirely on the tickling, with full intercourse less important or not included at all. People whose sexuality is based almost solely on tickling can be said to have a tickling fixation. This fixation may also exist outside of sexual contexts”.

As far as I can ascertain, there is almost nothing in the academic literature on knismolagnia. However, there are a number of online articles and writings about the sexual side of tickling, although there is a common mistake I have spotted which may have arisen from a single source. Many online sources—including the acarophilia.com and Kinky Sex Questions websites—appear to include tickling as part acarophilia (the deriving of sexual arousal and pleasure from scratching or being scratched) when in fact it is not (although there is clearly a fine line between hard tickling and scratching). 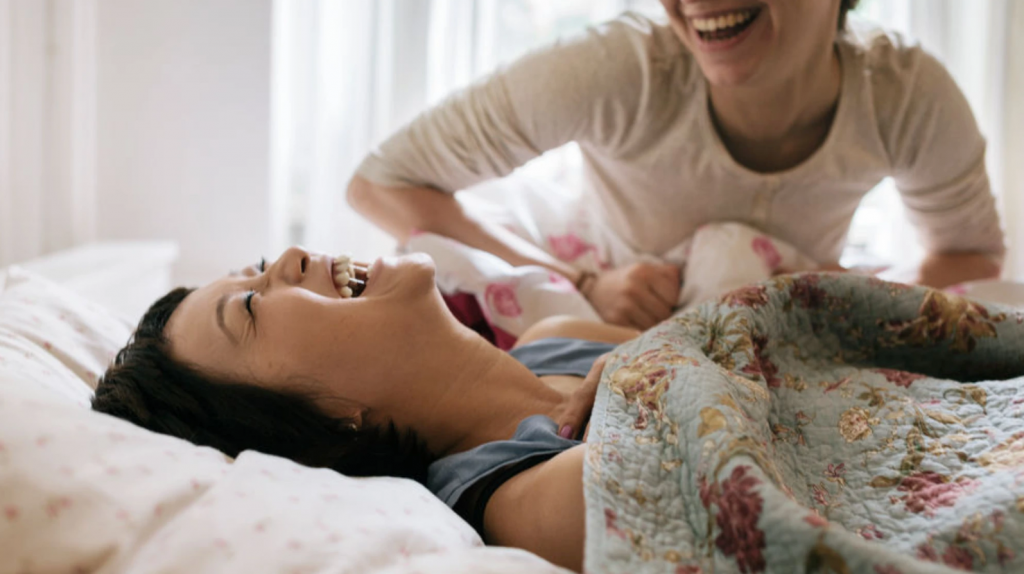 In 2006, Dr. Lisa Shaffer and Dr. Julie Penn developed a comprehensive paraphilia classification system and published it as a book chapter in Dr. William Hickey’s book Sex Crimes and Paraphilia. In this chapter, Shaffer and Penn made specific reference to both acarophilia and knismolagnia although these mentions (while in an academic context) were part of a wider theoretical point noting that some paraphilias (specifically acarophilia and knismolagnia—although used the term ‘titillagnia’ for the latter) were completely “innocuous” and that this demonstrated that not all sexual paraphiliacs were sex offenders (and vice-versa). This appears to be supported by the Right Diagnosis website which claims that treatment for knismolagnia is generally not sought and that individuals with the condition “simply learn to accept their fetish and manage to achieve gratification in an appropriate manner”.

According to a small article on the ‘Kinky Sex Questions’ website (which also wrongly interchanges acarophilia and knismolagnia), sexual tickling is most “frequently done by fingers, feather and other objects or by licking”. It claims that initially, the person being tickled enjoys and encourages the tickler, but then turns into “helpless laughter”. The article also claims that the preferred tickling areas are “feet, armpits, navel, ribs, breasts and genitals” (although no evidence is given to support the claim). If this is true there is likely to be some crossover with other sexual paraphilias and fetishes including podophilia (foot fetishes) and maschalagnia (armpit fetishes).

A website also contains an “Acarophilia Dictionary” which appears to relate acarophilia to a more specialized and idiosyncratic sub-type of sexual sadism and sexual masochism (in fact there appear to dozens of websites that cater for ‘tickle torture’ pornography if you do a quick Google search). The website uses the word ‘ticklephile’ to define “anyone, including adults and children of both sexes who have an acute interest, or fetish, about tickling or being tickled”. It also features some more specialized definitions including the ‘Tickle Top’, the ‘Tickle Bottom’, ‘Tickle Torture’ and a ‘Douhini’. These are the verbatim definitions from the Acarophilia Dictionary rather than my own re-wording:

“Knismesis refers to the light, feather-like type of tickling. This type of tickling generally does not induce laughter and is often accompanied by an itching sensation. The knismesis phenomenon requires low levels of stimulation to sensitive parts of the body, and can be triggered by a light touch or by a light electrical current. Knismesis can also be triggered by crawling insects or parasites, prompting scratching or rubbing at the ticklish spot, thereby removing the pest”

Knismolagnia also includes ‘gargalesis’ which according to an article on knismolagnia in the (admittedly non-academic) ‘Him and Her Sex Blog’ refers to:

“…harder, laughter-inducing tickling, and involves the repeated application of high pressure to sensitive areas. This ‘heavy tickle’ is often associated with play and laughter. The gargalesis type of tickle works on humans and primates, and possibly on other species. Because the nerves involved in transmitting ‘light’ touch and itch differ from those nerves that transmit ‘heavy’ touch, pressure and vibration, it is possible that the difference in sensations produced by the two types of tickle are due to the relative proportion of itch sensation versus touch sensation. While it is possible to trigger a knismesis response in oneself, it is usually impossible to produce gargalesthesia, the gargalesis tickle response, in oneself”

This short article also claims that varying forms and varying degrees of knismolagnia “from the pleasure experienced when tickled by a partner, to the sexual need to be tickled to reach orgasm”. It is also one of the few articles to note that knismolagnia doesn’t include non-tickling behaviours such as scratching and cutting. Of all the paraphilias I have examined, knismophilia appears to have been one of the least researched (academically or clinically).

Tickling Fetish—What Is It, and How to Sexually Tickle Your Partner

Any cookies that may not be particularly necessary for the website to function and is used specifically to collect user personal data via analytics, ads, other embedded contents are termed as non-necessary cookies. It is mandatory to procure user consent prior to running these cookies on your website.